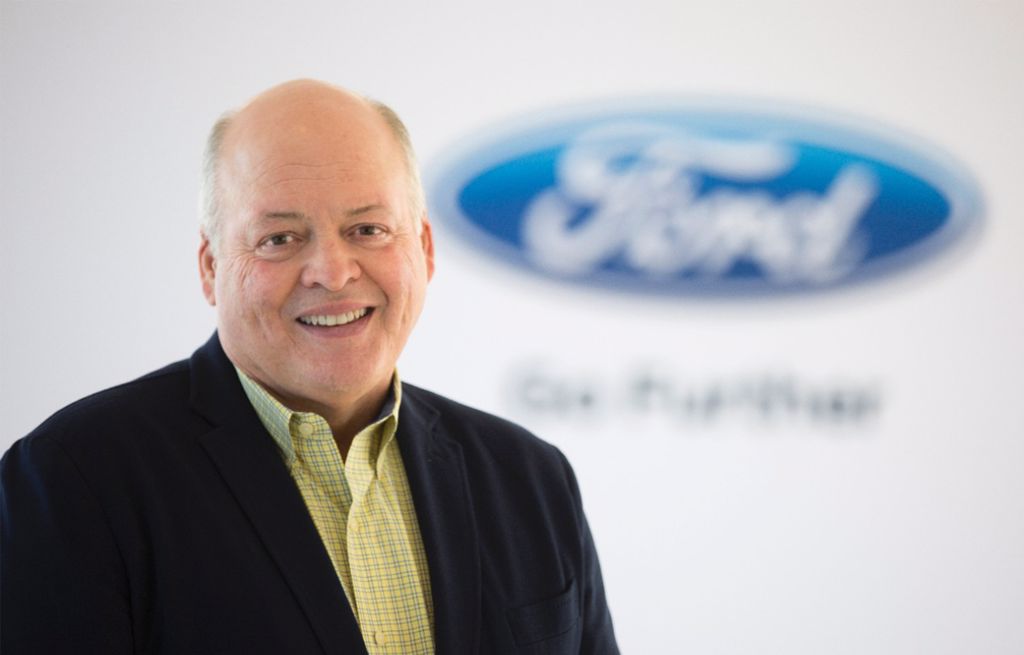 > Jim Hackett named as Ford Motor Company president and CEO, succeeding Mark Fields, who is retiring. Hackett, who will report to Executive Chairman Bill Ford, is recognized as a transformational business leader

> Hackett led Steelcase Inc.’s turnaround to become the world’s No. 1 office furniture maker, served as interim Athletic Director at University of Michigan and has led Ford Smart Mobility LLC since March 2016. He served on Ford’s board from 2013 to 2016

> Mark Truby is appointed vice president, Communications, and elected a company officer. He succeeds Ray Day, who plans to retire from the company next year and will provide consulting services until then